Who were the founders of the Black Panther Party and what did they do? 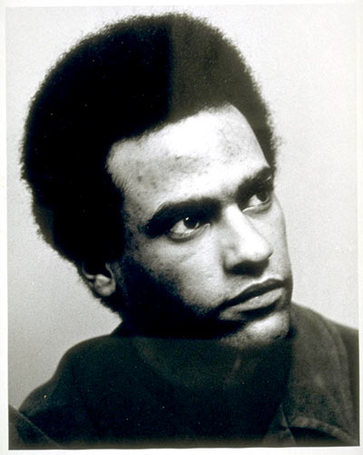 Huey Percy Newton. [16]
In order to make a change there needs to be leaders that are unafraid to speak the truth. During the late 1960’s there were two individuals who desired to represent the oppressed people in their communities. The two individuals were the co-founders of a group that would begin a new kind of movement. Although the government attempted to suppress African American rights and eliminate the Black Panther Party, the founders of the group continued to fight for the black community’s freedom.

Huey Newton was born in Louisiana. He and his family migrated to Oakland in 1945, where he would meet Bobby Seale. Newton had a difficult time in school and growing up due to the negative environment that surrounded him; however, he managed to beat the odds and prove his nonbelievers wrong. Merritt College allowed Newton to become involved in the Afro-American Association where he was able to excel due to his book and street knowledge.[1] Newton became very involved until he realized that the association he was a part of was “too heavy on talk,” when he wanted to focus more on making a change.[2] As a result, Newton split from the association “in search of a new path.”[3] In Newton’s search he would come across Bobby Seale and befriend him. 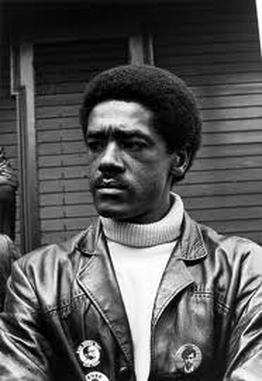 Bobby Seale. [17]
Bobby Seale was born in Texas and raised in Oakland.[4] He experienced beatings from his father that filled Seale with rage.[5] In response to the violence he endured, Seale directed all his rage towards helping out the “little guy,” which ranged from school bullies to helping the less fortunate.[6] Seale and Newton met at a “rally protesting the Kennedy Administration’s blockade of Cuba,”[7] and they developed a friendship that would potentially change history.

In 1966, Huey Newton and Bobby Seale founded the Black Panther Party for Self Defense, which they would later just call it the Black Panther Party. Their newly founded group was not like others as they took a “militant stance” and advocated for the “ownership of guns by African Americans.”[8] They had set political goals and they called them the Ten-Point Program, which would focus on putting an end to “economic exploitation of black communities.”[9] As a result of advocating the possession of guns, Newton emerged as a “leading figure in the black militant movement” and sent his message “with a show of force.”[10]

Newton and Seale organized the Black Panther Party in a way that really focused on their communities. They developed “survival programs,” which allowed the community to seek help within itself and actually be aided.[11]It was evident that Newton and Seale wanted to make changes that benefited their community, but most of all they wanted to “serve the true interest of the people.”[12] Despite all the negativity they received, Newton and Seale continued to fight until the very end.

Newton organized rallies and public protests, even when the police were after him. J. Edgar Hoover had sent the FBI to eliminate the Black Panther Party as a result of feeling “threatened.”[13] He managed to have Newton arrested, which only led to the “Free Huey” Movement, which strengthened the movement. Newton and Seale dealt with the police constantly trying to destroy them and took advantage of every opportunity they were given to show the injustice. Despite the fact that Seale strayed from the group as it began to lose its momentum, Newton kept going and literally fought until the end. Newton was shot in an incident with an officer and then charged with killing him.[14] He was incarcerated for three years, but the revolution continued until it hit an end. Once Newton was released, the revolution had come to an end and all that Newton stood up for died in 1989 after he was shot on the street in Oakland.[15] Bobby Seale soon grew tired of politics and instead wrote books. He remarried and now focuses on sparking change with young adults in Oakland.

Even though Newton and Seale endured many struggles when they stood up for their community, they knew it was all worth it because of the respect they were fighting to earn for their community. Despite the many incidents with the police, Newton continued to advocate for change in his community, as did Seale. Their efforts to change the representation of their communities will not be forgotten and that is all Newton could have ever wanted, besides equality, which eventually came after.
Notes

[1] Joshua Bloom, and Waldo E. Martin, "Organizing Rage," In Black Against Empire: The History and Politics of The Black Panther Party, Berkeley: University of California Press, 2013, 21.